Screenworks The Business of Producing Seminar

As I took off at Merimbula airport in March in the little Rex plane I was very excited at attending my first ever film producers seminar. I have been involved in theatrical productions since forever, having trained in my younger days as an actor. Then, as a marketing professional, wrote scripts for radio and TVCs and now, I was embarking on a production and screenwriting career. I was lucky to even get to the Business of Producing Seminar put on by Screenworks in Ballina this year. The plane was delayed and I missed my once a day connection there. After much tussling with both airlines one of them gave me a free flight the next day. I couldn’t afford the trip in the first place, but due to quick response grants funding from Regional Arts NSW for travel and accommodation and funding from South East Arts for the entry fee I made it!

Panel discussions on Producing for Global Audiences and The Changing Landscape of Audience both
focused on the change in the industry with more streaming and online options available to
audiences, pulling them away from free to air and movie houses but providing a longer period in
which the film or series can be viewed and opportunities for add on content. The older paradigms
are shifting and for some well entrenched in the industry it was an enormous challenge. For those
that are emerging it presents more opportunities to seek different models for bringing a story to
screen. Most larger projects now need an international partner and this negatively affects Australian
government offset funding. A heartening story came from a young producer who began her story as
a serialised blog that gained a level of traction and audience engagement that impressed the BBC
leading to her series being produced and brought to screen overseas and in Australia.
Break-out sessions on case studies presented by producers were great value: Backstreet Boys by
Catherine Scott, Top End Wedding by Rosemary Blight, Jill Bilcock by Sue Maslin, Mystery Road by
David Jowsey, Breath by Jamie Hilton. I was inspired hearing their stories and how they brought their
ideas to screen, each was unique and they shared their journeys generously. 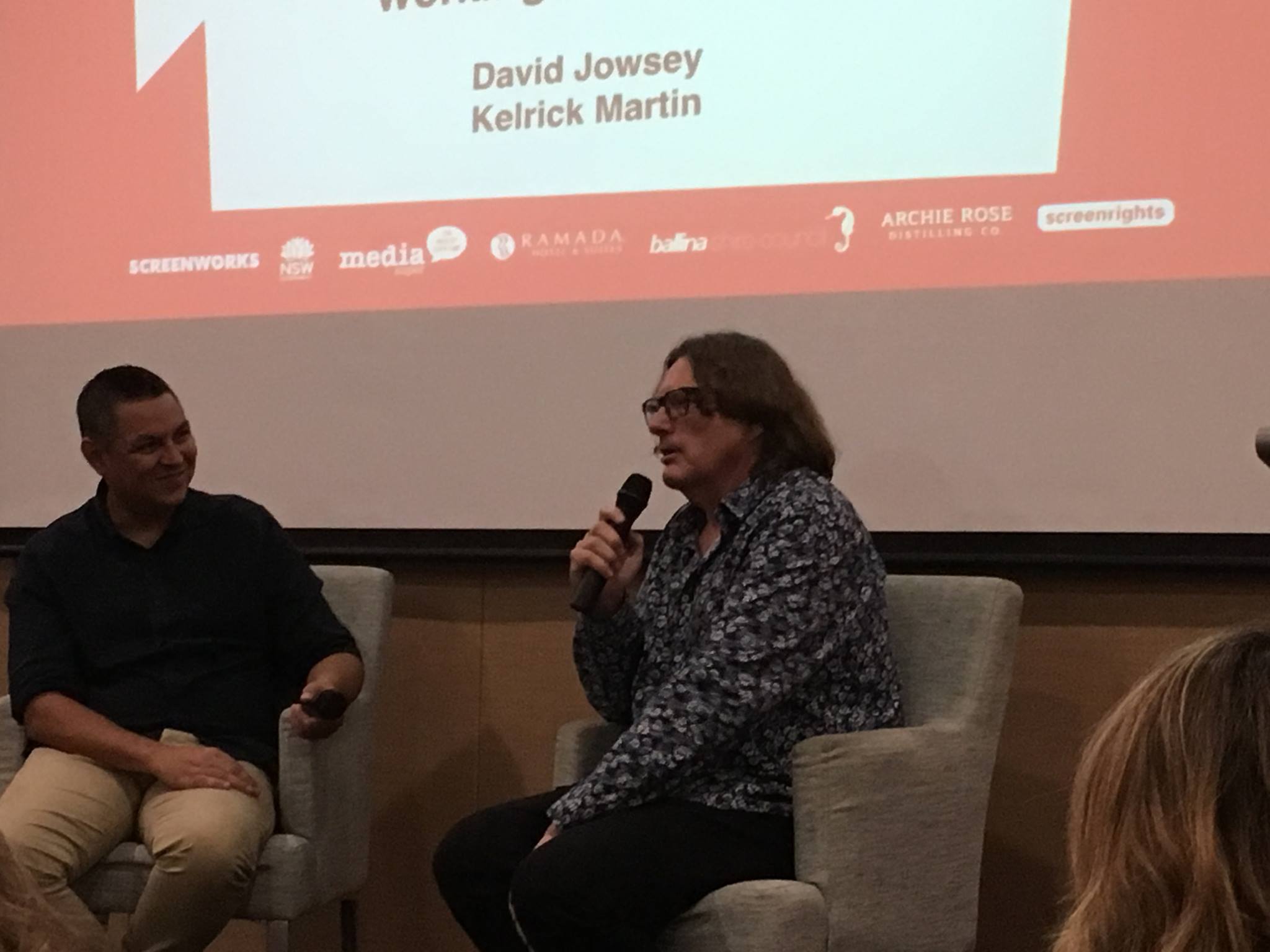 Two sessions on Building a Production Company and Managing and Growing a Production Company
provided some interesting nuggets – Steve Jaggi was a surprise with his canny commercial formula;
he found a somewhat untapped niche – teen tv – and produces tv series with imported Disney
Princesses, which are a less expensive option than local talent, and a great drawcard with massive
social media following for teens and tweens. Not everyone’s cup of tea, but shows it is worth looking
outside the square. Alternative Avenues to Distribution was another intriguing session by Andrew
Carroll, Manager of Client Services, Rightstrade, providing an online community of international
buyers.

Some takeaways – Producers must do a waterfall of costs; writers of short films should take all rights
and need an agreement in case it goes on to become a feature film; producers and production
houses are always looking for stories; collectives for short films co-own the film, but must agree on
who is to be the producer or director when entering a film festival as only one owner is allowed.
The networking opportunities were great; the dinner on the Friday night designed specifically for
networking, but unfortunately not enough room for all participants and I missed out. However,

drinks in the hotel bar each evening proved fruitful. I’ve since gone on to produce my first short film,
“La Laguna”.

Steve Jaggi latest production Back of the Net secured a major Hollywood studio deal for an American
cinema release. Our presenters at our Expert Talk in Batemans Bay worked on this film with Steve.
https://www.couriermail.com.au/lifestyle/brisbanenews/back-of-the-net-filmmaker-steve-jaggi-on-kicking-international-goals/news-story/0949e272457603dcb8dff0b785b0079b

Yes! Great start to 2021 -Big congratulations to FSF Secretary Kush Bourke from Kalaru for her selection to the Screenworks 2021 Regional Producer Elevator Program, and also to Gabbie Stroud from Merimbula for being selected for Screenworks 'Insider the Writers Room. Just what the SE region's screen industry needs - more Producers and great scripts -
screenworks.com.au/2021/01/media-release-participants-announced-for-screenworks-2021-career-pathw... ... See MoreSee Less