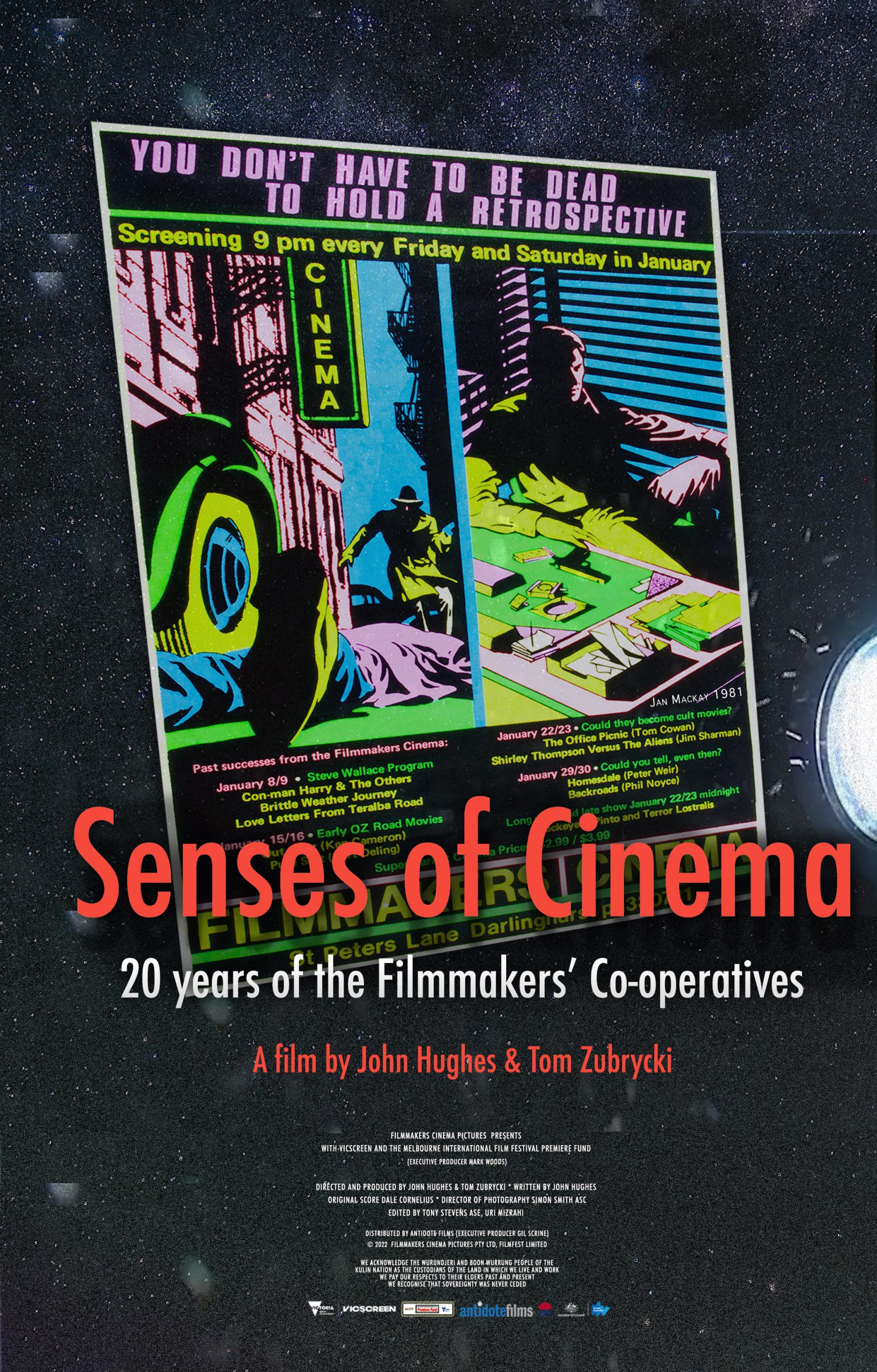 This wild, wonderful story of the rise, fall and afterlife of the Film Co-operatives documents the cultural life of late 20th century Australian history, the passionate individuals who moved through them, and the powerful films they made.

Many of Australia’s most celebrated independent filmmakers like Jan Chapman, Gillian Armstrong and Phillip D Noyce acknowledge the Sydney Filmmakers’ Co-op as a formative influence, and its important role in the emergence of the Australian film industry.

Following the screening there will be a Q&A session with the film’s Producers/Directors Tom Zubrycki and John Hughes and participant Martha Ansara. The discussion will be moderated by Susan Lambert, one of Australia’s foremost documentary makers, who also appears in the film.

Stirring scenes in the film reflect on 70’s activism, the avant-garde, free love and experimentation as well as indigenous rights, prisoners’. rights, and the developing women’s, gay and lesbian liberation movements.

Patrons are encouraged to arrive at 6pm to allow time for socialising and enjoying a free glass of bubbly or juice and nibbles upon arrival.

Tickets cost $20 and can be purchased on the Kinema website here, or at the box office.

For more info head to https://www.naroomakinema.com/events