VFX Producer for Mill Film, Sharna Hackett, recently returned to the Bega Valley for a short stay. Far South Film’s Hiromi Matsuoka and Makushla Bourke caught up with Sharna over lunch and had a chat about how her creative journey has taken her from the Bega Valley to the world. Sharna started her VFX career in London at DNeg and is currently at Mill Film’s new facilities in Adelaide. 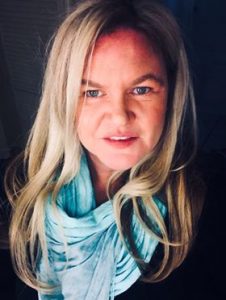 in London in 1997, winning an Academy Award for best visual effects in 2000 for Gladiator. Other credits include Harry Potter & The Philosopher’s Stone/Chamber of Secrets, and Black Hawk Down. Mill Film then closed its doors in 2002 before being resurrected by Technicolor in 2018. Sharna has been part of the team for the first Paramount feature with Mill Film, Dora and the Lost City of Gold, directed by James Bobin (Muppets Most Wanted, Flight of the Conchords).

Sharna & Makushla went to Bega High School together in the early 90’s, at a time when there was very little in the way of creative outlets. So as artistic kids in a sport-driven rural school they made our own opportunities with the people and places the Bega Valley had to offer. Sharna spent a lot of her time drawing, writing and working in community radio (Sapphire Radio)

I really liked storytelling… that’s why filmmaking is such a good fit for me.

Tell us how you went from Bega High School to visual effects all over the world.

It’s one of those things that just happens. Like lots of people, I just wanted to get away from Bega, because it can be a very challenging and claustrophobic place. It was either going to be Sydney or Melbourne, so Jess and I tossed a coin… We ended up in Sydney

Seriously? You really tossed a coin?

We really tossed a coin. Jess (McNeil, visual artist now based in London) went to the Sydney College of Arts, and I went to do a Bachelor of Anything at Sydney Uni.

But dissatisfied with the standard liberal arts courses on offer, Sharna moved to Prahran Film College (now Swinburne) and completed a postgraduate degree in Media Arts at RMIT.

To have any kind of creative career in Australia involves a certain amount of “Sod you, I’m still going to do it.”  Bloody-mindedness goes with it.

Every month the entire undergrad would review each other’s work, quite openly and honestly, that was really good training for making work that’s going to be public. Because everyone’s going to have an opinion and you can’t stop the choir, can you… I was part of a filmmaking collective and we’d do music videos and try to get their managers to pay for 16 mm film, did that for ages. (Then) ended up in London, walked in, and six weeks later had a proper creative job! Worked in advertising for a little while, and a friend said hey I’ve got a gig, are you interested?

That was at DNeg… I stayed there for 10 years. I think there were 300 people at the time, when I left it was around  2000 people just in the London office. The UK went through this massive growth in visual effects. Kind of what’s happening here now in Australia. In the UK if you combined vfx with  filming the likes of Pinewood or Shepperton Studios, films could make huge savings. It worked incredibly well, they had a HUGE market for film from the beginning to the end for a long time.

Then Canada brought in tax breaks for film making and lots of work moved to Vancouver and Montreal. A lot of vfx crew found that there was more opportunity there.

I got to do some interesting stuff (in Canada) like Bladerunner, which was awesome… It was great to finally work on one of my cinematography crushes.

So now you are back in Adelaide, Australia, -what are your plans?

Stick there for the next few years, be part of building the  industry there. Hopefully within 12 months Australia will become more and more of a destination, like Canada.

Visual effects isn’t postproduction anymore, it’s pre-production and production as well, and it has to be that throughout. You’re spending a lot of money on it, you want to be sure that the way you’re shooting is consistent with the story so there has to be quite a lot of thinking about that, helping to craft that story.

Will you ever come back to the Valley?

I think it’s easy to find the stories that take you out, I’m one of those. But the stories that can bring you back… that’s a new one to write! One of the things that I’ve been starting to do in my downtime is writing a lot of really murdery south coast noir. There should totally be stuff about this region.

Even though it’s still a little bit tricky to get to the Valley, there are better links, there’s better transportation than there used to be, better kit, lighter kit than you used to have, so you don’t have to spend a huge amount on the budget, you know for barn doors, whatever, for something that is half-decent to look at. You could get a kit that potentially you could hire out for a few grand. One thing we can tell kids is that there are lots more ways to get out of the valley to tell stories now, but it’s much harder to come back into the area to tell stories…

One of the things that changes industry; particularly with the arts, is just (saying)… I come from here, I’m really proud, I do this thing… I’m just going to keep on going. Bloody-mindedness.

I remember hearing when I was little – It’s not what you know, it’s who you know. Maybe you have to work a little bit harder or longer to find that network than you would in a city or a different country. But it helps you build, step by step… it’s about keeping that confidence. It’s okay, you are going to fall down and fall down again, tomorrow you might fall down sideways! It’s okay, things will change and grow. 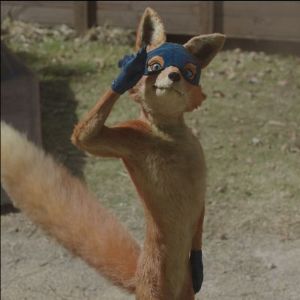 One thing that’s really challenging is how do we get to tell stories that are our stories? To get the funding, sometimes we don’t realise we are allowed to be quite cheeky. Just keep thinking, the worst they can do is say no… But (they) sometimes say yes!

You can see Sharna’s work in Dora and the Lost City of Gold currently in cinemas. On her next to the Valley, we are hoping to organise a Far South Film networking evening to chat further about story, VFX and beyond!

Join SPA CEO Matthew Deaner in conversation with Grainne Brunsdon, Head of Screen NSW, for a live discussion of how the lockdown in Greater Sydney is affecting local production businesses, and the support that is available. 1pm tomorrow 28/07/21 FB live - ... See MoreSee Less

📯 Sound the horns! The call for entries for Berlinale Talents 2022 is open! 📯 Emerging filmmakers and series creators from around the world, we wholeheartedly invite you to apply! Get to work on those applications, you have until September 1, 2021! Spread the news!
For all the information you need: bit.ly/HowToApplyBT2022 ... See MoreSee Less

Wasted communication, this assumes people know what it is about, you need to go 4 pages deep to "what is" page and even then it is ambiguous.